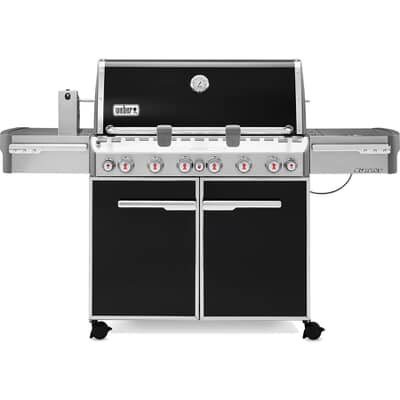 Summit by name and Summit by nature the flagship Weber Summit range sits at the upper most limits of Weber's range of barbecues packing all the power needed for a superlative grilling, roasting, smoking and baking experience into a visually stunning, long lasting, yet easy to live with, grill.
All the Summit range of barbecues are delivered nearly fully assembled, with minimal effort needed to get them grilling, giving excellent robustness as most parts are welded together in Weber's US factory, where they are built, before shipping so there are no nuts bolts that will work themselves loose in use.

Recessed into the side tables of the Weber Summit E670 are a side burner and a Tuck-Away rotisserie motor. The side burner gives the opportunity for preparing sauces or boiling vegetables on the barbecue, but when it is not needed to be used a flush fitted protective lid means that the side burner surface can be used for food preparation or storage. The side burner is controlled using it's own independent control knob with it's own independent ignition. The Tuck-Away rotisserie motor, which locks up or down into position thanks to a spring-loaded clip, neatly contains its own power cable to prevent it hanging loose to get in the way when not used when it is also concealed by a flush mounted lid.

The lid of the Weber Summit E670 feels reassuringly solid with it's full width chrome handle, making it hassle free to lift, and contains a chunky simple to read centrally mounted lid thermometer so grilling conditions can be watched with out needing to compromise on performance by lifting the lid too often. The chrome handle also acts as the mount for two grill out handle lights which throw some light on the proceedings for nocturnal grilling

The Weber Stainless Steel Gourmet BBQ System cooking grate has a 30cm central section can that can be lifted out to allow the use of separately purchasable Weber BBQ Gourmet System Accessories, Griddle, Wok, Sear Grate, Pizza Stone, Dutch Oven and Poultry Roaster, for the opportunity to greatly expand the range of grilling, roasting or baking possibilities even further.

Sat just below the Gourmet BBQ System Cooking Grate on the Weber Summit E670 is an ingenious smoker box with it's own independently controlled burner. This is filled with water saturated wood chips in flavours such apple, cherry, hickory, mesquite, whisky and beech to produce intoxicating aromas of smoke which infuse the cooking food to give even greater depths of flavour.

At the front of the cook box of the Weber Summit E670 sits the well set out control panel with the control knobs for the main burners, smoker box burners and sear station burner along with the ignition button for the Snapjet ignition system. The Snapjet electronic ignition system will fire up all six burners at the same time and the six infinite control burner valve dials allow the gas flow to each of the four burners to be independently regulated for total control over grilling. The six independent burners can be used to modify the heat source in the cook box for indirect grilling so the barbecue can be used successfully for roasting or baking by turning the heat up on the left and right side burners and down on the central burners.

Behind the stainless steel double doors of the fully enclosed cart of the Weber Summit E670 there is plenty of space to hide away the utensils or accessories that need to be kept handy below the barbecue as well as a 5kg Patio Gas bottle that can be kept within the cart for backup, though for a barbecue of this power the use a 13kg Patio Gas bottle which cannot be used or stowed in the cart is advisable.

To help with adventures in grilling Weber produce a huge range of truly functional and stylish accessories to use with their grills to widely enhance and expand the grilling experience going all the way from roasting racks, thermometers, pizza stones to mitts and aprons via griddles and Bear Claws.

With minimal assembly required the truly multifunctional Weber Summit E670 creates minimal fuss right from the very start. It's fantastic looks are fully supported by a fantastic range of possibilities for roasting, baking and grilling as well as a powerful grilling performance all making for an easy to live with grilling machine that will happily push the barbecuing envelope if that's what you want to do.

Warranty -
10 years on all parts

We Would Also Recommend 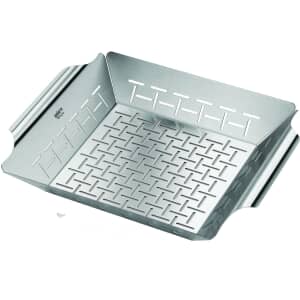 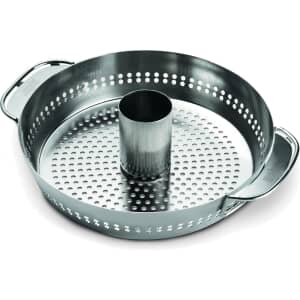 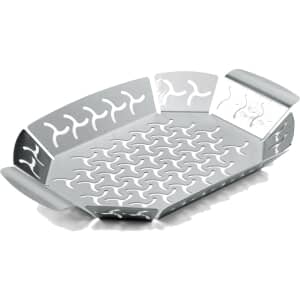 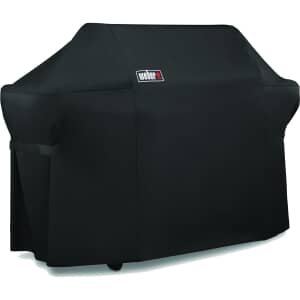 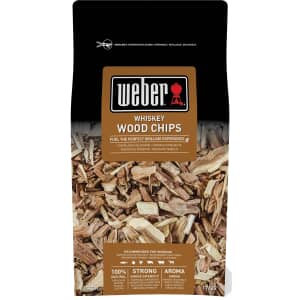 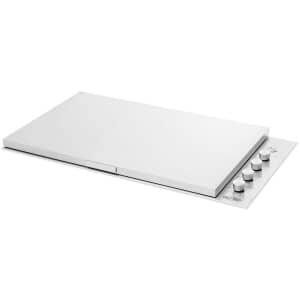 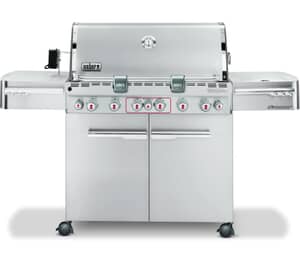 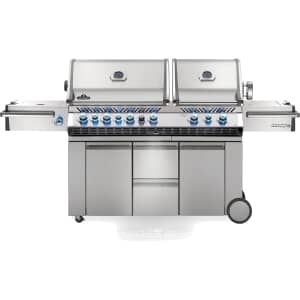 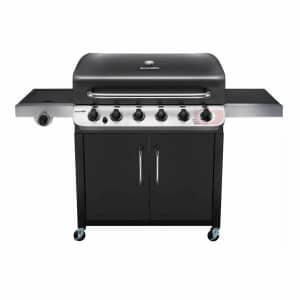