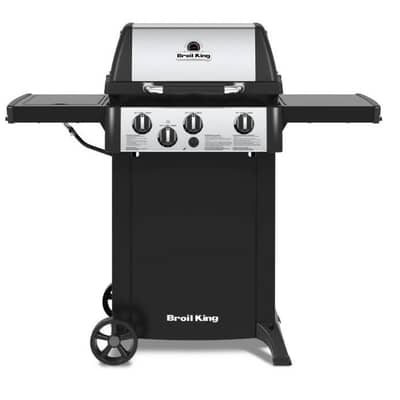 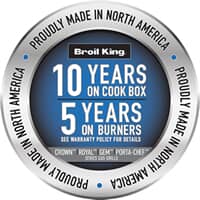 The Broil King Gem 330, formerly known as the Broil King Gem 340, has been created by Broil King to produce a barbecue that has been specifically designed for couples, smaller families or for tight spaces on patios, terraces or balconies without any sacrifices being made with Broil King's well known quality and durability.

The Gem 330, formerly known as the Broil King Gem 340, packed with both great features that would be found on much larger barbecues such as 3 powerful stainless steel side ported burners giving a more even heat distribution and cast iron cooking surface which gives superior heat retention for searing with the Sure-Lite electronic ignition system ensuring easy lighting. The cook box and lid are constructed from cast aluminium with a side burner mounted into one of the black painted steel drop down side shelves with integrated tool hooks all creating a barbecue that may be compact, but is still built to last.